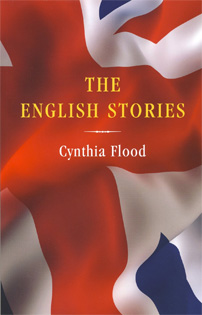 In the early 1950s I attended a girls’ boarding school in England and with my family lived in a residential hotel in Oxford. Forty years later, an idea for a story from that era arrived, “Country Life.” For some time, though, I didn’t realize that a series had begun.

Writing that story, and the rest over the next 17 years, showed me what huge stores of memory we carry about in our heads, unawares. The details, unthought of for decades, that came back — food, bodies, facial expressions, clothing, weather, gender roles, lessons, candy, speech, social rituals, animals, political events, children’s books, sports, church, the English countryside — were amazing to me. It’s all in our heads, in vivid colour . . . if for some reason we start looking.

Of course research was as always absorbing. “The Usual Accomplishments” and “A Civil Plantation” needed respectively material about women explorers and about England’s oppression of Ireland, while “Magnificat” and “Religious Knowledge” meant getting into some intricacies of Anglicanism. On a visit to England in 2006 I “went back” as much as one can, which isn’t much, to both school and hotel. Good things came of that trip, though. I’d remembered Oxford’s Port Meadows as a singularly beautiful place, and found it even lovelier than in memory.

Few of the events in “The English Stories” actually occurred as written. However, the book tries to recreate the emotional and moral ambiences of school and hotel life in the early 1950s. Also, although this is not foregrounded, the stories present the colonialism of both Canadian and English characters, and suggest parallels between England’s political relations with Ireland and white English Canada’s treatment of Indians.

I’m happy with the book’s structure. The two institutions, girls’ school and small hotel, make for some unexpected contrasts and comparisons. Although Amanda is in all the stories, she does not always narrate; several adult voices speak, and some stories are in third-person. There are different forms, too. One story is told alternately by two sisters, while another is in the form of a professional diary.

As for the cover for The English Stories, when I opened the email with Biblioasis’ striking design I gasped with delight. Perfect! Eye-catching, memorable.