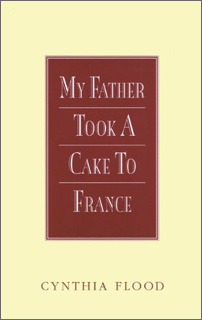 As with Animals, Talonbooks produced a fine-looking volume. Penny Goldsmith, the book designer, chose Bembo 11/13 as the typeface. I asked for a type cover, and still admire Kelly Brooks’ graceful design. Publisher Karl Siegler contributed the colours, those of the brand of cigarettes he was then smoking!

One of the US stories in this book, “The Miner’s Messenger,” derives from my years in San Francisco, 1962-63. Probably there are a million fictions about JFK’s killing, that huge marker for North Americans of my age. “Miner” is mine.

As for “The Man, the Woman, and the Witch of New Orleans,” it came out of a quick and unforgettable trip to the Big Easy in 1987. Graveyards and food, what a combination. Also we went to the zoo. Twenty years later, that outing produced a story. In 2008 Grain published “The Hunter,” which is now included in Red Girl Rat Boy.

“The Meaning of the Marriage” and “My Father Took A Cake To France” have shared sources: my parents. In writing both, structure was key. My mother’s story is a quilt, while my father’s is a stem with leaves. I wrote bits of his in any order and laid them on the floor to form the design. For me this was a technical breakthrough. Arranging the elements of my mother’s tale was quite easy in comparison, though the tenses gave some trouble.

Stories dealing with early or late life are “The Schooling of Women” and “Gold, Silver, Ivory, Slate, and Wood.” “Schooling” succeeds I think in embodying the repressed intensity of the late 1950s, and in particular the warping expectations then imposed on young middle-class women. I like the story’s triptych shape, too.

The husband in “Gold, Silver” is for me endearing. Over the years I’ve met Ray many times. The story is intended to work by showing how his concern for Edie masks recognition of his own decay. That often happens with good couples, I believe.