cynthiaflood.com / Biblioasis / Even feminist writers have to do promo

Even feminist writers have to do promo 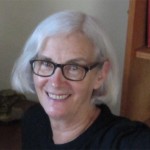 It’s been four years since I last published a book (The English Stories, Biblioasis 2009), and I’d forgotten — or perhaps deliberately crushed the memory — that during the run-up to a new book’s appearance the writer ceases to be a writer.

To sit for an hour staring at a blank screen or empty sheet of paper is no longer possible. There isn’t time. To spend another hour typing and erasing one sentence, modifying and retyping and moving those seventeen words up the page and down and up again — not allowed. Also verboten is to leave the room that contains the screen or page, leave in order to walk for an hour along busy streets or in the park’s greenness while considering imaginary people and their mostly reprehensible actions.

Instead, there are lists.

In my stories I do use lists, sometimes imagining fondly that I’m being Homeric. In fictional form, I like lists. In the forms spawned by the business end of the writing biz, I ungratefully do not — but I see that I have created one here.